In order to reduce, reuse, and recycle, and do our part to create a more healthy and resilient Jersey City, it is helpful to understand why it is so important, and how we can reduce our waste locally.

If plastic bottles are not recycled, it is estimated that they will take 500-1,000 years to decompose

Why Should We Try and Reduce Our Waste?

The average American creates about 4.4 lbs. of trash every day, which adds up to 1,606 pounds per person a year.  Approximately 30% of that trash is single-use disposable items, and recycling alone won’t fix the problem.  A 2016 report from the World Economic Forum and the Ellen Macarthur Foundation estimated that there will be more plastic than fish in the ocean by 2050 if we do not significantly reduce our consumption of disposable plastics. Landfill technology and the practice of burying trash has not fundamentally changed for thousands of years. But the trash we throw in them has changed dramatically.When we throw away items into the trash, they are collected and then transferred to a landfill. Much of the trash we bury does not decompose quickly, if at all, so we are leaving our trash behind for future generations to have to deal with.  How long will it be here….5 years, 200 years, or 100,000 years? Check out these decomposition rates for everyday materials, and maps of the thousands of landfills in the United States.

Most single-use items are never recycled — such as single-use coffee cups, plastic straws, or plastic bags. In fact, most of our residential waste can be prevented, recycled, composted, repurposed, or repaired, so that approximately 90% can be diverted from landfills, a goal referred to as “zero waste.”

Trash is both a waste issue, as well as an energy and greenhouse gas issue. Energy and raw materials are used to manufacture, store and transport products — so when we use something only once, we are wasting a lot of energy. Plastic is made from petroleum and natural gas, which are fossil fuels. When trash is disposed of, it decomposes, and releases methane, carbon dioxide and toxins into the air, soil, and water.

Why are we creating so much waste now?
Jonathan Chapman, Professor of Sustainable Design, highlights a relatively new phenomenon: that it is culturally acceptable to design almost any object to be disposable.  Since the waste disposal, recycling, and other clean up costs in the United States are rarely paid by the manufacturer, but rather the taxpayer, we have seen the number of single-use disposables increase dramatically over the last two decades. Because most American cities charge a flat fee for waste disposal, and trash is taken “away” from their homes, most Americans are oblivious to the amount of waste they generate.

Fixing the Waste Problem
The easiest way to reduce waste is to not create it to begin with — and to support the design, manufacturing and consumption of zero waste goods and services, and avoid single-use disposable ones. Zero waste doesn’t necessarily mean you create absolutely no waste or garbage, but rather that 90% of the materials that you discard are not sent to landfills, but instead recycled, reused, repurposed or composted.

Reuse and Repurpose Your Waste

Please consider donating unwanted clothing and other household items in good condition to local Jersey City organizations instead of throwing it away in the trash:

You can also donate your unwanted stuff to neighbors or online:

Upcycle your used items
Upcycling is taking items you no longer want to use (like old cloths, bottles, broken items, containers..) and creatively turning them into new products of better quality or better environmental value. Instead of throwing out unwanted or broken items that will end up in a landfill, upcycling finds a new value for a so-called useless object. Upcycling is better for the environment than recycling, since recycling requires energy or water to break down materials.

You can make jewelry out of countless items, such as buttons, plastic bread tags, spoon handles, safety pins, and paper. Empty bottles can serve many purposes, for example filling glass bottles with lights as a 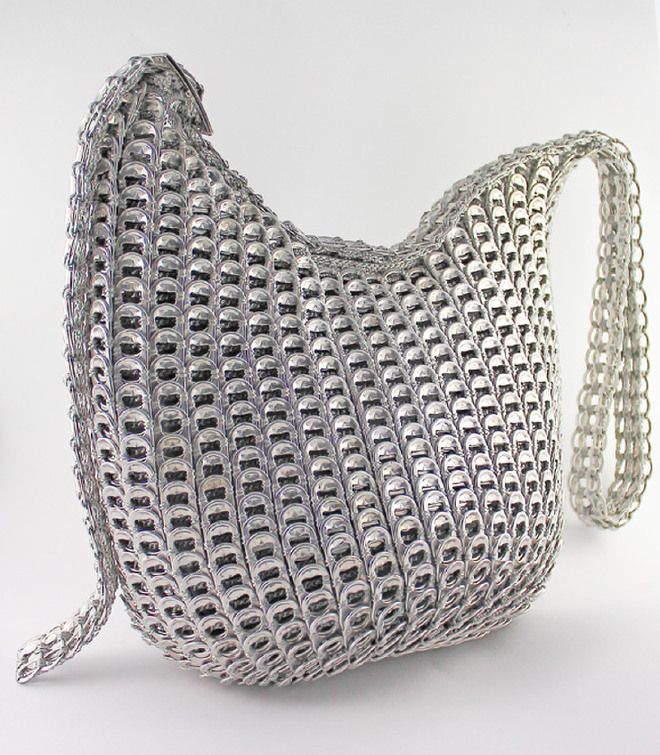 fireplace or as a chandelier or light fixture. Jeans that are torn at the bottom or too short can be easily cut into shorts. Old socks can be made into sock puppets. Soda can tabs can be collected and made into bags, belts, bowls, bracelets, and so on. Use toilet paper rolls to hold and organize chords, turn old credit cards into guitar picks, turn old wrenches into wall hooks, and old suitcases can be turned into medicine cabinets, or side tables. Want more ideas? Here is a list of 100 ways to repurpose broken household items. And here is a website with 55 ways to upcycle your old stuff. The creative list can go on and on. Using your imagination and creativity to create new items from old items is a great way to prevent waste, save money, and have fun at the same time.

In Jersey City and in surrounding cities there are upcycling companies that take your items, upcycle them, and either return them or sell them in a store. In Fairfield, New Jersey, a company called Upcycle LLC helps customers upcycle their retired/old electronics by making recommendations to maximize its value. This is very important because 60% of used electronics end up in landfills where their toxic metals leak into the environment.  There are many other creative reuse marketplaces in New Jersey to help you in your creative upcycling needs.

Most packaging is designed as single-use and contributes to significant amounts of waste every year.  Buying fresh food that does not come prepackaged reduces packaging waste. Individually packaged single-use items contain more packaging and are generally more expensive than buying larger containers. Whenever possible, choose recyclable packaging and containers.

If you order frequently from online retailers, consider these hacks to reduce the packaging you receive.

Terracycle is a recycling collection program for items usually not recycled by municipalities like plastic pouch packaging. These include wrappers from energy bars, juice pouches, laundry detergent pouches, chip bags and other hard to recycle packaging. The UPS locations in Jersey City take your extra packing peanuts and bubble wrap and reuse them in order to lower their carbon footprint and help you easily recycle.

Buy or Rent Used Clothing
Need something “new” to wear? Consider shopping at a reuse or consignment store, where used clothing is sold for far less than new. Jersey City has great used clothing stores with both current trendy items and plenty of retro styles — check out these consignment store yelp reviews. There are also a growing number of online stores where you can buy (and sell) used clothing. Rather than purchase each individual item, consider renting clothing for a short time or a special event.